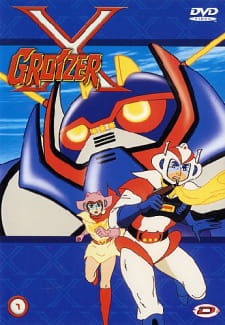 Plot Summary: The Gaira aliens, hidden in the Arctic, plan to conquer Earth. Captured and forced to work for the aliens, Dr. Yan creates the ultimate weapon, a transformable aerial robot called Groizer X. Entrusted to his daughter Rita, Groizer X escapes the clutches of the Gaira and lands in Japan, where pilot Jo Kaisaka meets a wounded Rita. Taking up the controls of Groizer X, Jo and Rita fight against the Gaira invasion.