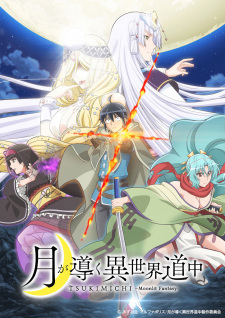 Plot Summary: As part of a mysterious contract agreed upon by a goddess and his parents years ago, Makoto Misumi finds himself sent to another world to meet the goddess and become the hero. However, the deity deems Makoto to be "hideous," refusing to even lay eyes upon him and revokes his heroic title. Disdainfully giving him the ability to understand all languages except the human language as compensation, the goddess drives Makoto off to the farthest edges of the wasteland, far from human civilization. Due to the disparity between Earth and this new world, Makoto's inherent physical and magical capabilities awaken, making him extremely powerful. He meets various demihumans and mythical beings who all end up being captivated with his characteristics and join Makoto in building a new community where all of them can peacefully coexist. Nevertheless, despite this success, Makoto still yearns to meet fellow humans. In a world where the goddess herself has barred him from interacting with his kind, it is up to Makoto and his companions to fulfill his desire—and perhaps reform society along the way.